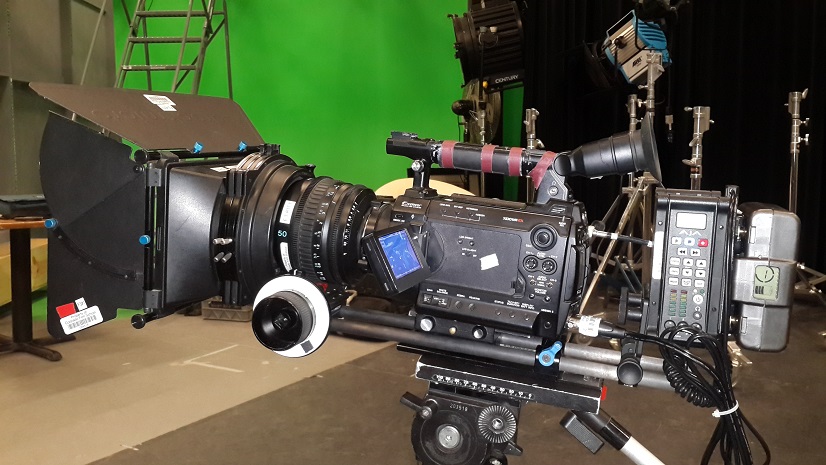 Magicbrush Studios Limited occupies an estimate of 500 square metres of real estate within the bustling city of Port Harcourt. Our facility includes but is not limited to administrative offices, production and post-production facilities, equipment storage among others.

The studios’ facilities include:

VIDEO POST-PRODUCTION STUDIO
This is made up of 3 units of edit facilities with a combined storage of over 20TB working space.  A unit runs on the IOS Snow Leopard platform and has as its editing base primarily Final Cut Pro Studio 7, and an additional Adobe Production Collection CS5.  Other post-production units include, a windows 7 professional series based Quad Core i7 unit, with Adobe Master Collection CS6 package as its editing platform, while the remaining also based on the windows 7 professional series has Adobe Master Collection CS5 as its main base.

The combined edit capability of these units cuts across various production formats ranging from Standard DV through to Red R3D 4.5k compression formats.

High end installed graphic cards of the Nvidia Quadro series grants together with high end calibrated professional monitors grants us the ability to grade any picture.  Other components in use with these units cut across the AJA series, Blackmagic cards among others.   All these grant our studios the ability to meet up to any client’s demand in any format and on time.

AUDIO PRODUCTION STUDIOS
The Audio Production Studio is based on a windows 7 platform with an installed Maudio audio card.  The studio also has a 5-octave BeHringer midi input keyboard and other BeHringer components such as audio mixer, monitor speakers among others.  Although fully digital, there are facilities put in place to enable analog-based productions.

Productions can be carried out in-house from start to finish, with an added ability to master and mix down the final job.  Our multi-tracker also affords us the ability to carry out foley functions for movies and home videos.

GRAPHIC STUDIOS
Our graphic studios revolve around Adobe Photoshop, Adobe Illustrator, Adobe Indesign, Adobe Fireworks and Adobe Dreamweaver for all web related designs.  We have an installed in-house capability of producing magazines either web-based or hard copies of any size and quality.  Other functions we execute include e-book production and publishing, photobook production, out of home advertising designs, corporate branding among several others.

PHOTO STUDIOS
To enhance our capability to deliver quality productions to our clients, we have installed in-house a photo studio that complements our other services especially in the area of out of home advertising, digital and analog publishing, photobooks and corporate branding.

The photo studio is based on an 18 megapixel Canon Professional Photo camera, with differing Canon EF prime lenses.

For aerial and high-level shots, the studio has a 30 foot, 9.6 metres crane/jib to enable the acquisition of high levels shots.  This is usually used for musical videos, sports coverage’s and other activities where a high crowd presence is anticipated.

DISTRIBUTION
We have a combined total capacity of: Mastering final edit into high-resolution H.264 mp4, Quicktime, FLV or any other video format for Web-based distribution Mastering final edit into 4K, UHD, High Definition XDCAM EX3, P2 Format, DVC Pro, or any other format for International Television Station Broadcasts and distributed in HD-DVD format, Blu-ray or DataDVD media or tapes.

Uploading the materials so produced up to Client’s FTP site among several others. An installed VSAT connection to ensure 24 hours’ connectivity to the internet. This ensures that turnaround time for any production is greatly reduced since the productions can be delivered on-line for immediate assessment by the client and immediate feedback rendered.